MANILA – The National Press Club of the Philippines has passed a special resolution calling on the incoming Marcos administration to continue supporting the operation of the Presidential Task Force on Media Security (PTFoMS).“As one of the national media organizations actively engaged as… Read More

Choice of Rappler as a “valuable partner” in the dissemination of “truthful information” is unacceptable to most Filipinos.

A group of journalists on Thursday expressed opposition to the partnership between the Commission on Elections (Comelec) and online news website Rappler on voter engagement and fighting disinformation in relation to the May 9 polls.In a letter to Comelec acting chairperson Socorro… Read More

An incontrovertible demonstration and validation of the government’s unfeigned dedication to safeguarding press freedom and protecting the life, liberty, and security of media workers in the country amid huge challenges

The Philippines is finally out of the top five worst countries for journalists and was declared the “biggest mover” in the Committee to Protect Journalists’ (CPJ) Global Impunity Index (GII) released on Thursday, the Presidential Task Force on Media Security (PTFoMS)… Read More

Presidential Communications Operations Office (PCOO) Secretary Martin Andanar on Sunday guaranteed that President Rodrigo Duterte’s administration would continue to protect the rights and freedom of the press in the Philippines. 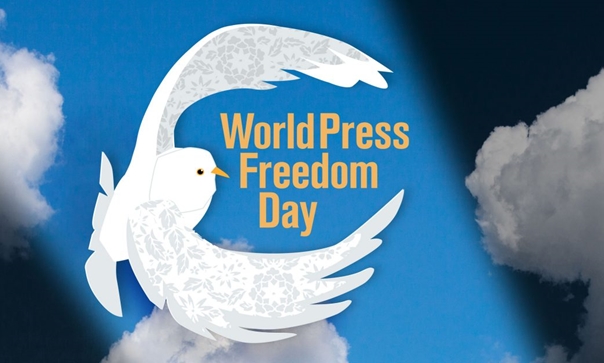 Andanar gave the assurance as he joined journalists and media workers in the Philippines and around the world in celebrating the World Press Freedom Day.

May 3 is proclaimed as World Press Freedom Day to raise awareness on the importance of press freedom and remind governments of their duty to respect and uphold the right to freedom of expression.

In a press statement, Andanar stressed that Duterte formed the Presidential Task Force on Media Security (PTFoMS) and signed Republic Act 11458 and Executive Order (EO) 2 on Freedom of Information (FOI) to protect the life, liberty, and security of media workers. PTFoMS is chaired by PCOO Undersecretary Joel Egco.

“A free and pluralistic press continues to play an important role in the foundation and progress of an informed and empowered society,” Andanar said. “We will continue to endeavor towards the continued promotion of press rights and freedom.”

PTFoMS, created through Administrative Order 1 inked by Duterte in October 2016, is tasked to protect members of the press in the country.

RA 11458, on the other hand, was signed in August 2019 to expand the coverage of a law protecting journalists, including broadcast and online journalists, from revealing confidential sources.

Duterte also signed EO 2 on FOI in July 2016 as part of his campaign promise to promote transparency in the government by allowing Filipinos to obtain documents and records from public offices under the executive branch.

Andanar admitted that there will be an “intellectual vacuum” on public information and government programs and services sans an “open and free press.”

He added there will also be no dialogue on societal issues, public grievances and government policies without press freedom.

Andanar also acknowledged that protected press freedom has allowed the continued reporting of Filipino journalists amid the coronavirus disease 2019 pandemic (Covid-19) in the country.

“With the current Covid-19 pandemic, press freedom has allowed for the continued delivery of news and reports to all Filipino households. It has also helped voice out the public’s pulse and serve as an avenue for the government to increase public awareness of its policies and report its activities with complete transparency,” he said.

Media workers are exempted from observing the strict home quarantine amid the implementation of enhanced community quarantine imposed in the country to stop the further transmission of Covid-19.

Andanar lauded the journalists for their “heroism, bravery, and service” amid the Covid-19 outbreak.

“With these in mind, we pray for the safety of everyone, especially the journalists and media workers currently reporting from the frontlines despite the pandemic,” he said.

Andanar expressed hope that “rightful and truthful” information would prevail amid the health crisis.

He made the remarks amid the spread of fake news about the government’s fight against Covid-19.

Andanar, a veteran journalist, called on members of the press to help the government stop the proliferation of false information.

“Let us work together as well, to eradicate biased information, misinformation, disinformation and fake news that continue to damage not only our society, but the trust and the relationship between the government and the people, a relationship that must be maintained in order for our society to function as a whole,” he said. (PNA)

The Supreme Court (SC) on Friday released guidelines for media coverage of the long-anticipated promulgation of the decision in the Maguindanao massacre case.

The National Capital Region Police Office (NCRPO) will place Camp Bagong Diwa in Taguig City on full alert on December 18 to 19 as part of security measures for the Maguindanao massacre promulgation.Under a full alert status, all leave applications of police personnel have been canceled to… Read More

In a notice sent to newsmen, Court Administrator Jose Midas Marquez and Assistant Court Administrator Brian Keith F. Hosaka assured the public that the high court will immediately upload the decision of the trial court in the case in the SC website as soon as possible.
Only two video cameras will be allowed to take footage of the proceedings to be provided and manned by the personnel of the state-run People’s Television Network (PTV) upon the request of the high court.

In no case will the shot pan the surroundings or zoom in on any individuals inside the courtroom.

The video footage shall be shared in real-time with other broadcast networks.

“No expert commentaries shall be allowed during the live coverage of the promulgation,” the guidelines said of the broadcast networks adding that PTV “shall air the promulgation without any interruption”.

In November, the Supreme Court (SC) granted Quezon City Regional Trial Court Branch 221 Judge Jocelyn Solis-Reyes’ request to be given more time to come up with a decision.

Solis-Reyes said the decision will be promulgated on December 19.

Chief Justice Diosdado Peralta said the court considered the huge volume of evidence and parties in the case in giving a 30-day extension to Solis-Reyes.

Under court rules, all trial courts should promulgate their decision within the 90-day period after the case has been submitted for decision.

The case has been submitted for decision on August 22 which means the deadline for its promulgation should have been on November 20, three days before the massacre’s 10th anniversary on November 23.

The attack resulted in the death of 58 people, including 32 journalists and media workers, the single worst peace-time incident involving the killing of newsmen.

Other victims were family members and supporters of the Ampatuan clan’s political foe, Esmael Mangudadatu. (PNA)