A Muslim gesture known as “sujood” or prostration, an act of low bowing as a sign of humility. BARMM MUFTI: ‘An act of utmost humility’ COTABATO CITY – Bangsamoro Autonomous Region in Muslim Mindanao Grand Mufti Abuhuraira Udasan sees nothing with President Rodrigo Duterte kissing the ground at […]

“We fight. We finish everyone off. When no one is left, there won’t be war.”  President Rodrigo Duterte admitted that addressing the long-running conflict in Mindanao remains an “impossible dream”, saying that fighting seemed to be the best option to pave the way for peace for now.In a […]

Sobejana drops recommendation Days after suggesting that it would be prudent to place Sulu under martial law following the deadly twin blasts in Jolo on Aug. 24, Philippine Army (PA) commander Lt. Gen. Cirilito Sobejana on Sunday said he is withdrawing his recommendation as there might be better […]

JOLO TWIN BOMBINGS COULD HAVE BEEN ABORTED FEMALE TERRORISTS BEING MONITORED BY MILITARY  The death of four military intelligence operatives in the hands of Jolo police officers last June 29 disrupted ongoing operations against the two suicide bombers involved in Monday’s twin blasts, Armed Forces of the Philippines […]

Army names suicide bombers Philippine Army (PA) commander, Lt. Gen. Cirilito Sobejana identified the two female suicide bombers who carried out the twin bombings in Jolo, Sulu that killed at least 15 people and wounded more than 70 others on Monday.In a message to reporters on Tuesday, Sobejana […]

US BACKS HUNT VS. MINDANAO BOMBERS

US Senate vows to back anti-terror efforts after Jolo blast Several American senators on Tuesday vowed to support the cooperation between Manila and Washington on counterterrorism in the wake of the bombings in Jolo, Sulu that killed 14 and injured nearly 80 on Monday.US Senators Jim Risch and […] 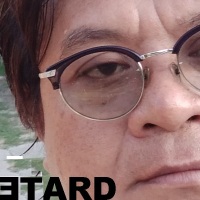