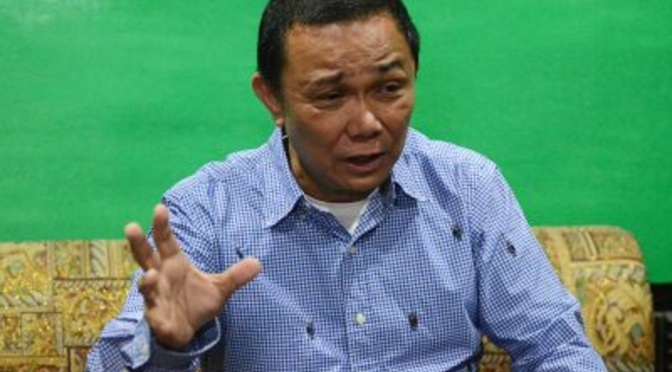 In line with President Duterte’s directive to expand the government’s housing program, SHFC through the leadership of Department of Human Settlements and Urban Development formally turns over a total of 1,440 housing units to families living in danger zones across Bacoor City on December 14.

Over a thousand families living in danger zones across Bacoor City, Cavite will benefit from the latest project implemented by the Social Housing Finance Corporation (SHFC), according to the Department of Human Settlements and Urban Development (DHSUD).

The Department of Human Settlements and Urban Development (DHSUD) announced on Wednesday that more than 1,400 informal settler families (ISFs) will benefit from the newly built-government housing project in Bacoor, Cavite.

On Tuesday, del Rosario graced the inspection and ceremonial turnover of the new houses within “the Ciudad de Strike Phase I”, the government’s third low-rise housing project in Barangay Molino.

The housing project materialized via the Social Housing Finance Corporation (SHFC), under its Community Mortgage Program, in partnership with the local government of Bacoor. Read More 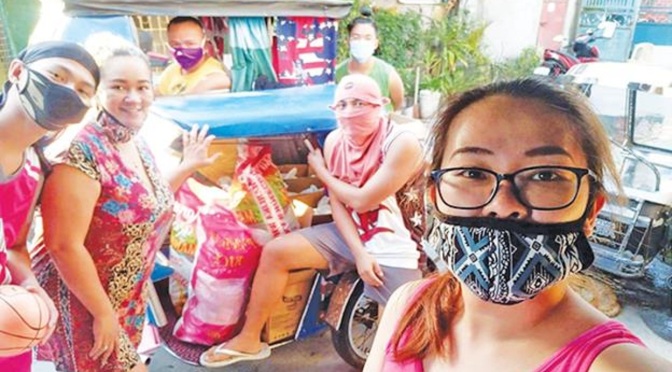 As the country grapples with the COVID-19 pandemic, Bayanihan Homeowners Association, Inc. (HOAI), a community in Salinas I, Bacoor, Cavite, aptly embodied the essence of the famous Filipino trait of communal unity. Showing collaborative effort, the officers took the lead in devising preventive measures against the disease while members demonstrated enhanced cooperation to implement the strategies successfully.

The virus crisis took its toll on the health and socio-economic well-being of the 109-member association. With the lockdown restricting mobility and transportation, some partner-homeowners were not able to go to hospitals for their checkups and medication needs. Others lost their jobs either permanently or temporarily, while several entrepreneurs saw their profits drop.

These difficult circumstances, however, brought out the bayanihan spirit in the community, which was manifested in various acts of kindness and generosity. According to Ruelito Garcia, the HOAI president, some of their members donated relief packs for their disadvantaged counterparts. Several individuals volunteered to guard the checkpoints set up in their village while others offered to buy food and medicines despite the long queues in groceries and local markets in the area. “Mas masarap kasing tumulong kesa ang tulungan ka, ika nga,” said Garcia, who also

Garcia also did his share of helping, with the 43-year-old leader spending from his own to buy milk and other food staples for his members. He also sought help from his family and well-to-do friends to contribute to their cause. inspired his fellow officers to do the same.

Bayanihan HOAI treasurer Elizabeth Palmero and her sister, who was left stranded in the area due to the lockdown, distributed canned goods and instant coffee for the community. “Kahit sa maliit na paraan ay nakatulong kami upang mapagaan ang dinaranas ng aming mga kasamahan dito,” she said. Palmero added that they would continue to help their members to make sure that they survive these uncertain times.

When the barangay where the association is located recorded its first positive case, the bayanihan spirit burned even brighter in the community. Bottles of alcohol purchased from their funds were distributed to every household, and roads and alleys were frequently disinfected. Officers and volunteers took turns in checking entry and exit points, and the imposition of stay-at-home orders and curfew hours was strictly enforced. These measures proved effective in preventing anyone in the association from contracting the virus.

As the community is still COVID-free, the only things that remain contagious at Bayanihan HOAI are the communal unity and solidarity of officers and members to face and overcome adversity.

Grateful for loan moratorium
The entire Bayanihan HOAI expressed its gratitude to SHFC for the implementation of the three-month moratorium on loan amortizations, saying the payment freeze unburdened them financially and allowed them to save their resources for more immediate needs.

Bayanihan HOAI was established in 1999 under the leadership of its first president, Bong Nolasco. Through the efforts of the current set of officers, the association saw its collection efficiency rating jump from 25 percent in 2009 to 159.22 percent as of October 2019, one of the highest in the entire Cavite area. Almost 70 percent of its members have fully paid their accounts with SHFC

BACOOR CITY, Cavite – Over 1,400 families who used to live along the riverside, hazardous, and vulnerable areas in the cities of Las Piǹas and Paraǹaque officially moved into a decent, safe, accessible, and quality housing in Ciudad De Strike 2, Bayanan in Molino 1 here on Nocember 23

Parader, speaking on behalf of his members, expressed gratitude for the project.

The housing project was made possible through a memorandum of understanding between the SHFC and the city government of Bacoor for the delivery of quality and community-driven shelter solutions under SHFC’s flagship program Community Mortage Program (CMP).

The CMP is a mortgage financing program of the SHFC which assists legally organized associations of underprivileged and homeless citizens to purchase and develop a tract of land under the concept of community ownership.

Ciudad de Strike 2 has a total of 20 three-story buildings, with each of these accommodating some 72 families.
This PHP648-million project, which started in July 2016 and completed in September this year, is comprised of 1,440 units, each measuring 30 square meters, with a room for a loft.

SHFC is a government-owned and controlled corporation (GOCC) created in 2004 through Executive Order No. 272 which mandates the agency to carry out socialized housing programs such as the CMP, “Abot Kaya Pabahay Fund (AKPF) Program and other social housing windows for the benefit of underprivileged communities that belong to the low income bracket. (PNA) 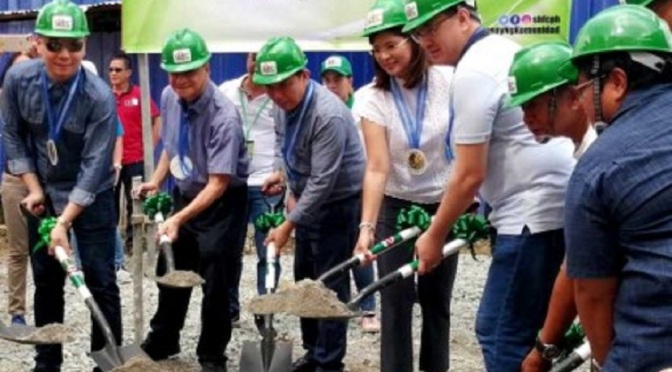 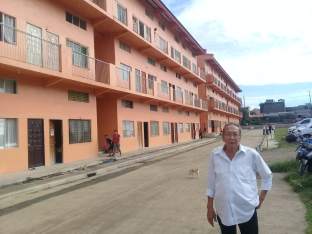 During the groundbreaking rites on Saturday of the project site, Revilla was joined by SHFC officials led by its president, lawyer Arnolfo Ricardo Cabling and Mayor Lani Mercado Revilla.

As part of the memorandum of understanding between the SHFC and the city government of Bacoor, Revilla said the Phase 2 component will accommodate some ISFs from Las Piñas and Parañaque cities.

The groundbreaking ceremony was held after the SHFC acquired the three-hectare lot where Ciudad de Stike 1 will rise, which is seen to provide decent, accessible and safe housing for families living in the city’s waterways.

Just like in Ciudad de Strike 2, the Phase 1 project will involve the construction of 20 three-story buildings, accommodating some 72 families per building and the standard housing unit will have a floor area of 30 sq. m. with a room for a loft.

The project’s estimated completion is some time in 2021.

Revilla, the House committee chair on housing and urban development, said he hopes that the SHFC will consider providing a covered court, a health and daycare center, and an integrated school within the housing project premises.

Ciudad de Strike 2 consists of 20 three-storey buildings that can accommodate 72 families each or a total of 1440 families. The condominium started construction in July 2016 and was completed in September 2019.
The mayor shared the condominium units of 30-sqm each with the displaced families from other local government units (LGUs) even as Bacoor City has its own share of woes over housing for its homeless urban poor.
For her generosity, Mayor Mercado-Revilla practically won another 1,440-room condominium, Ciudad de Strike 1, solely for the homeless of Bacoor City.
The SHFC, the government agency assisting underprivileged communities to attain a better quality of life through shelter financing, agreed to provide additional fund for another Ciudad de Strike condominium for Bacoor City informal settlers, when it signed a Memorandum of Understanding (MOU) with the Bacoor City local government involving social housing funding assistance.

On Saturday, November 23, 2019, Mayor Mercado-Revilla and SHFC President Arnolfo Ricardo Cabling led the turnover of the fully-completed Ciudad de Strike 2 to beneficiaries that include the displaced ISFs from Las Pinas and Paranaque, and the ground-breaking rites for Ciudad de Strike 1, which will start construction next year.
Mayor Mercado-Revlla’s generosity back-dropped the ground-breaking rites of Ciudad de Strike Phase One in a story that spiced up the speech of SHFC President Cabling. READ MORE
According to Cabling, Mayor Mercado-Revilla initially opposed relocating the Las Pinas and Paranaque ISFs to the Bacoor City condominium, citing that her city’s ISFs also need housing. The mayor, however, agreed when Cabling offered to provide a P648-million funding for another Ciudad de Strike condominium exclusively for displaced Bacoor City informal settlers. 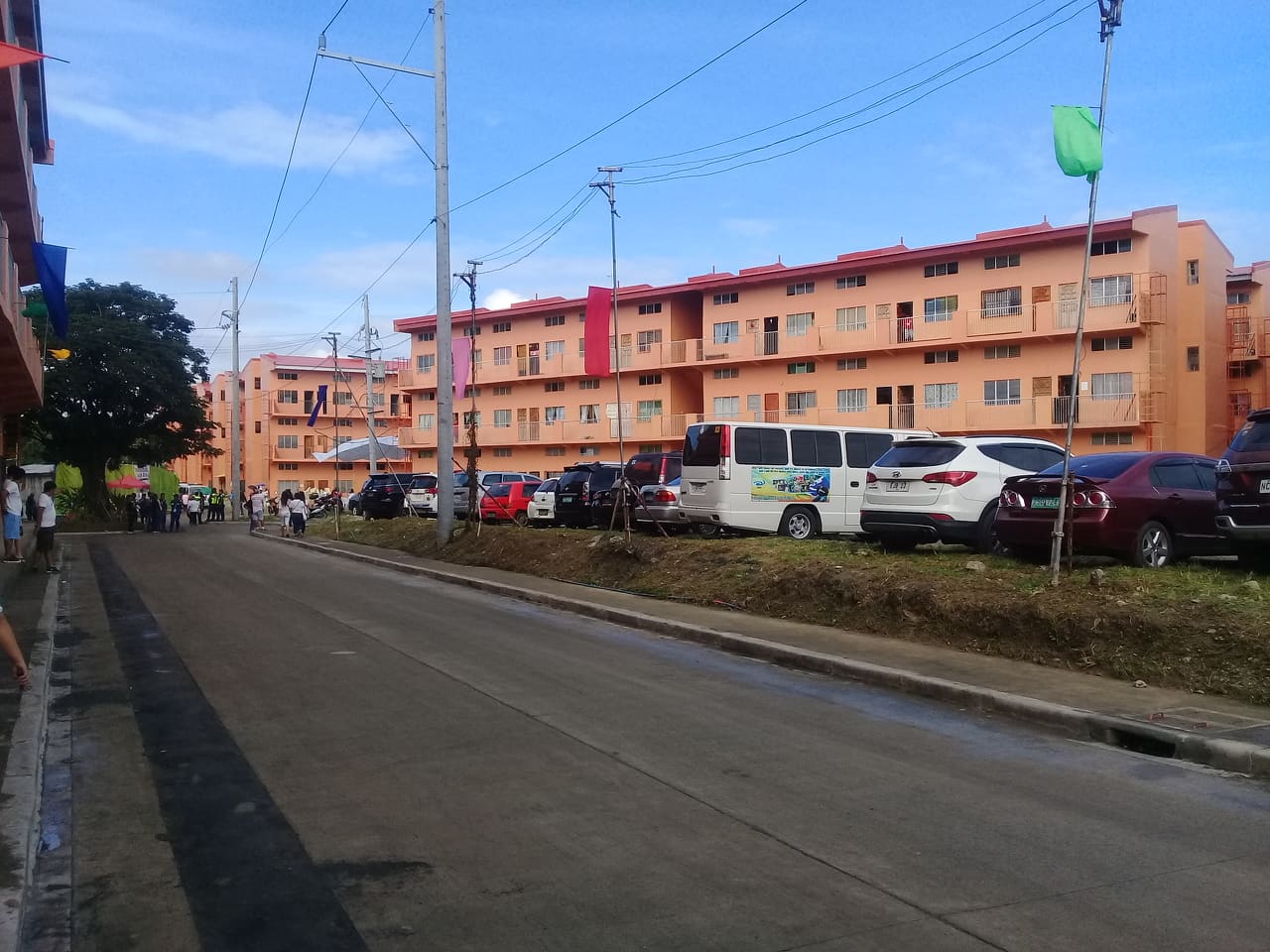 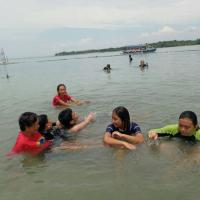