10 REASONS WHY DAVAO CITY CLICKS What makes Davao City different from other cities in the Philippines and in the Asia-Pacific Region that would make it ideal for tourism and investment? Davao City’s abundant and diverse nature and culture set in a clean, safe, and cosmopolitan community of […] 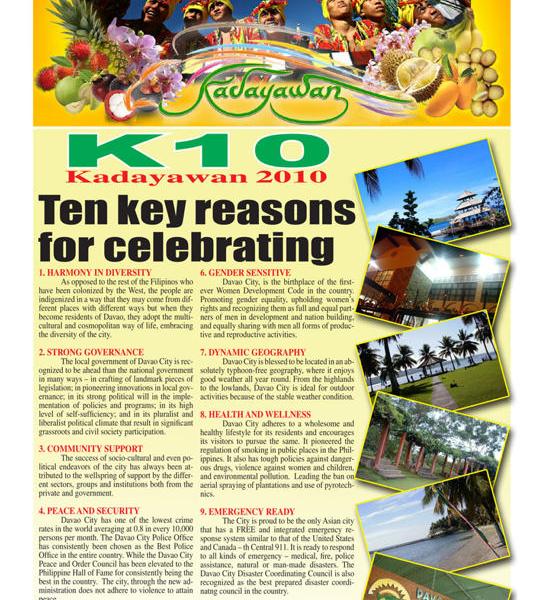 Kadayawan: Why it is celebrated

Ten key reasons for celebrating Kadayawan sa Dabaw 1. HARMONY IN DIVERSITY As opposed to the rest of the Filipinos who have been colonized by the West, the people are indigenized in a way that they may come from different places with different ways but when they become […]

Organizers of the Kadayawan Festival have vowed success for the annual thanksgiving event, despite working on a trimmed down budget. City administrator Zuleika Lopez, who heads the Kadayawan 2010 executive committee, said she is confident of success with the strong private support for the weeklong event to start […]

Davao City remains a bastion of peace and a melting pot of various cultures in Southern Philippines despite eruption of new hostilities between government troops and rebels in Mindanao. Not even the menace that remnants of Communist-inspired local rebels pose can rock the march of progress in this […]

Solidarity Ring a big hit in Davao City festival Compostela Valley’s Solidarity Ring was among top crowd drawers of the Kadayawan Festival, with thousands visiting the P1.5 million symbol of solidarity during its week-long exhibit at the Museo Dabawenyo. Governor Arturo “Chiongkee” Uy said the Kadayawan showing of […] 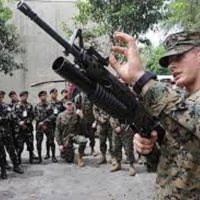