By ROGER M. BALANZA In a message heavily loaded with political undertones, Philippine Catholic archbishops called for an investigation into allegations of corruption in the government’s handling of the multi-billion-peso Covid-19 pandemic response fund under the administration of President Rodrigo Duterte. The call by the Catholic archbishops in […]

By AURELIO BOYAKS PENA OLD RIZAL PARK 2018… This time today, you will no longer recognize the new Rizal Park circa 2021. Three years ago, you can still sit around those concrete benches and flocks of doves will fly to you, asking for bread crumbs. Now they’re all […]

By AURELIO BOYAKS PENA If you’re a longtime member or church goer at Davao United Church of Christ of the Philippines (UCCP) church at corner Bonifacio and Legaspi streets, you’ll be amazed, naturally, at this beautifully-designed edifice. Last week, I saw a FB picture of the church interior […]

By AURELIO BOYAKS PENA If you’re a longtime Davao resident, you would be familiar with this street corner of Bolton and Bonifacio streets. This was my “home” in my college years of 1960s. At right, you know that’s the six-storey Research Tower Building, the “tallest” building during those […]

September 11, 2021 MANILA – President Rodrigo Duterte has urged Senator Richard Gordon to open the financial records of the Philippine Red Cross (PRC) for thorough scrutiny by the Commission on Audit (COA).“Either you submit to an auditing procedure or we quarrel. ‘Pag mag-quarrel (If we quarrel), do… Read […] 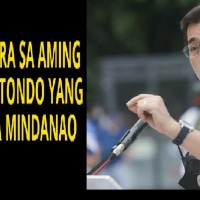 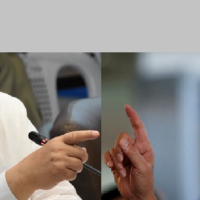