Malacañang on Friday said President Rodrigo Duterte needs more time to decide on who to endorse as his successor after Senator Christopher “Bong” Go, his preferred choice, announced that he was dropping out of the 2022 presidential race.

On Tuesday, Go announced his withdrawal from the presidential elections during the 158th birth anniversary celebration of Andres Bonifacio at the Pinaglabanan Shrine in San Juan City.

Go said he wanted to serve the country but realized it might not be the proper time yet.

He also affirmed his loyalty to President Duterte, whom he said he would serve for as long as he could.

“In the past few days, I realized that my heart and my mind are contradicting my actions. My family is also against it so I thought it may not really be my time yet,” Go said.

Nograles said the public should just wait for the President to announce his choice of successor. 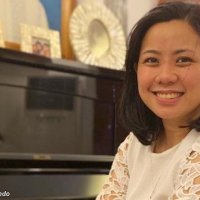