In a post on Facebook, Duterte said she will be replaced by her brother, incumbent Vice Mayor Sebastian “Baste” Duterte, with lawyer Melchor Quitain as their bet for vice mayor.

DAVAO CITY – Mayor Sara Z. Duterte on Tuesday afternoon withdrew her re-election bid and named her brother, Vice Mayor Sebastian “Baste” Duterte, as her substitute.In a Facebook post, the presidential daughter said her brother, who has also officially backed out of the vice mayoral race, will now be… Read More 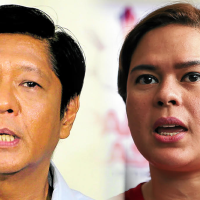