Pacquiao and Robredo are seeking the presidency in next year’s election.

While both have filed their certificates of candidacy (COC) for president, the senator said he is still open to the possibility of teaming up with the vice president, especially as the Commission on Elections (Comelec) allows substitution of candidates until November 15. 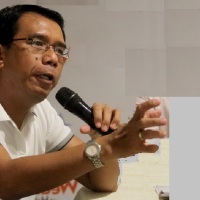