DUTERTE: I will die for my principles. If those principles will be the death of me, it’s fine by me. If I’m sentenced to life imprisonment, it’s fine as long as I did what was right

President Rodrigo Duterte on Wednesday night said he is not afraid of suffering the consequences of his administration’s anti-illegal drugs campaign, saying his administration is just doing what is right for the greater good.

Time for reckoning is near

Duterte rejected the remark made by former Senator Antonio Trillanes IV that he must be “trembling in fear” after International Criminal Court (ICC) prosecutor Fatou Bensouda’s office released a report saying there was “reasonable basis” to believe that he and his subordinates committed crimes against humanity in the drug war. READ MORE 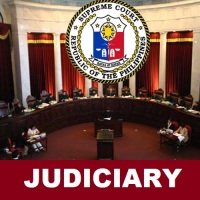