DUTERTE WAR ON DRUGS A FAILURE

Robredo, offered by Duterte the co-chairmanship of the Inter-Agency Committee on Anti-Illegal Drugs (ICAD), said the offer is the Duterte administration’s way of conceding that the anti-illegal drug campaign has been a failure.

“It is very clear that the President’s order is only an acceptance that there are shortcomings in his drug campaign,” said Barry Gutierrez, Robredo’s spokesman, who announced that Robredo is junking the presidential offer.

“That’s why they approached the vice president,” he added. Gutierrez said Robredo will not accept the offer.

Instead, Gutierrez said that Robredo would send the President a list of specific recommendations to address the shortcomings of his war on drugs.

She need not be co-chair of ICAD in her fight against illegal drugs, said Gutierrez.

Presidential spokesman Salvador Panelo said that if Robredo accepts the post, she has full control over what to do with the drug war.

She could move for the possible termination of the Oplan Tokhang, said Panelo. Critics, including Robredo, alleged that thousands of drug suspects have been killed under Oplan Tokhang.

Robredo has been criticizing Duterte’s anti-drug campaign the past days, prompting the President to offer her the ICAD post.

Panelo said the Palace wants her to accept it.

“We want her to accept the appointment. We want her to succeed because her success would be the success of the Filipino people,” he said.

Panelo said if Robredo declines the appointment, her criticisms against the administration’s anti-drug campaign were not true.

Panelo disputed the claim of Robredo’s camp that her appointment as co-chairperson of the ICAD was non-existent and unclear.

“Her mouthpiece is quoted as saying that PRRD’s (President Rodrigo Roa Duterte) offer to VP Leni to become the Drug Czar is not sincere because the position is non-existent pointing to Executive Order No. 15 (s. 2017) as the basis. We hate to educate a member of the bar but obviously the agent of the principal needs to brush up his law,” he said in a statement.

“It is basic legal doctrine that the President, as the sole repository of executive power, has the exclusive and awesome prerogative of control over all offices and officials in the Executive Branch. He has the inherent continuing authority to create positions and items, as well as to reorganize instrumentalities, within the bureaucracy,” Panelo added.

EO 15, signed by Duterte on March 6, 2017, delegates the Philippine Drug Enforcement Agency as chairperson of ICAD, an anti-drug body tasked to ensure the implementation of all policies, laws and issuances on the government’s anti-narcotics campaign.

Duterte can appoint Robredo as co-chair of ICAD, based on the powers granted on him by the “instructive” Article 7, Section 17 of the 1987 Constitution and Book III, Title III, Chapter 10, Section 31 of the 1987 Administrative Code, Panelo emphasized.

Article 7, Section 17 of the Constitution states that, “The President shall have control of all executive departments, bureaus and offices. He shall ensure that the laws be faithfully executive.”

Book III, Title III, Chapter 10, Section 31 of the 1987 Administrative Code, meantime, provides that Duterte, as the country’s president, has the continuing authority to “reorganize the administrative structure of the Office of the President”.

Panelo said the President appointed Robredo as ICAD co-chair to give her an opportunity to help the administration in combating illegal drugs.

“In offering and appointing VP Leni as Drug Czar, the President is simply being open to suggestions from a critic of the drug war. PRRD believes that there is no better person who can implement such suggestions than the person making them,” the Palace official said. 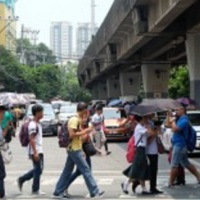