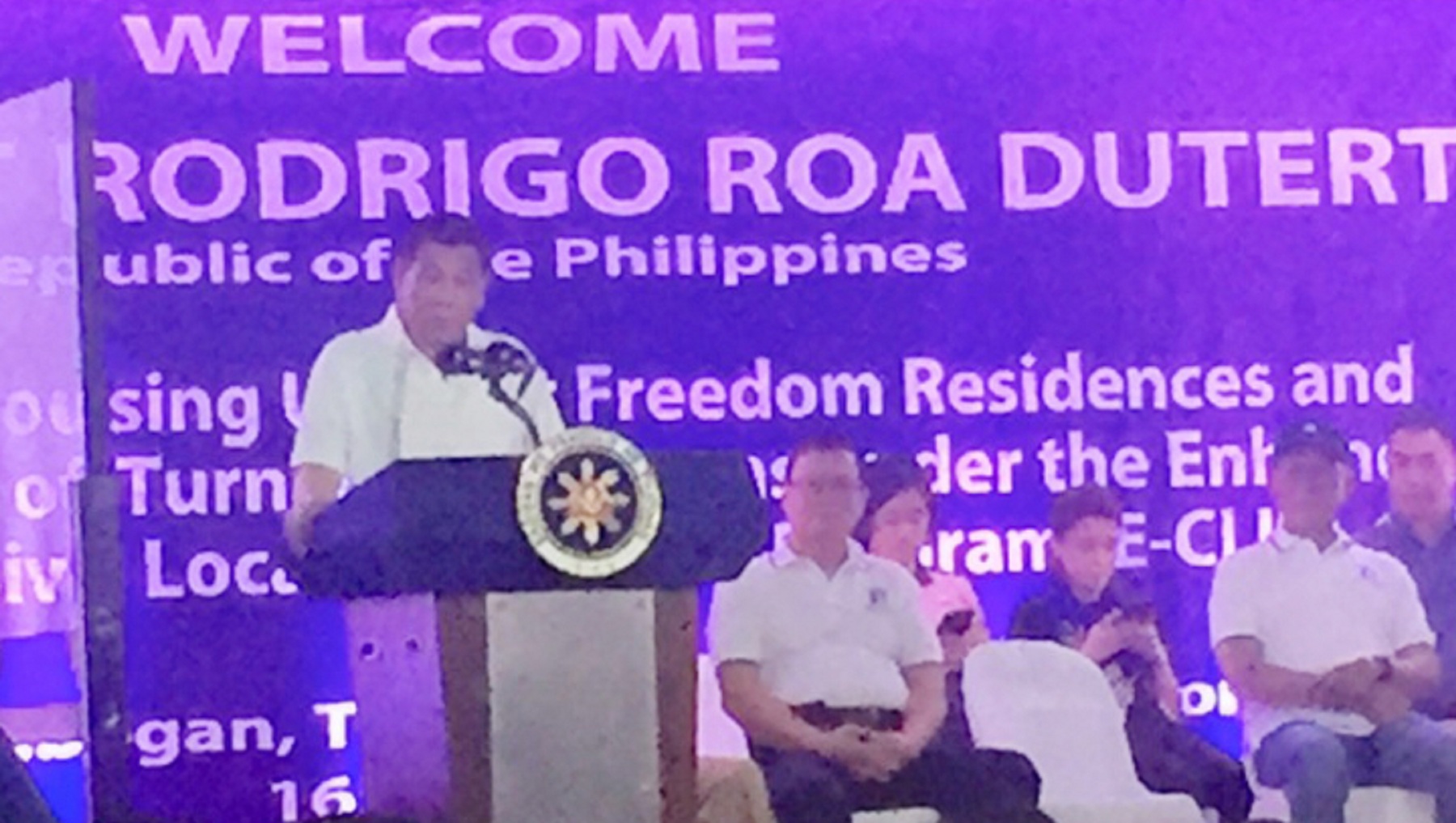 In his speech, President Duterte said government resources that have been spent in the 53-year-old war with the NPA have already amounted to billions of pesos.

The President reiterated that the problem of insurgency often stems from the inability of the government to provide basic services for the people, especially in far-flung areas.

“I am glad to welcome these former rebels as they commence their reintegration to the society,” Duterte said.

The President also assured the former rebels of the government’s commitment to take concrete measures in addressing their needs, including financial assistance, firearms remuneration, and housing units.

“I hope that today’s event will continue to encourage the National Task Force to End Local Communist Armed Conflict, the Task Force Balik-Loob, and their local counterparts to work doubly hard in addressing the problems of insurgency so that our people can enjoy safer and more secure [communities],” he said.

In the newly-built housing village for former rebels here, Duterte promised to build schools to provide better education for the beneficiaries’ children.

Implemented under the Enhanced Comprehensive Local Integration Program (E-CLIP), the housing project is an enhanced row-house with loft with a total land area of three hectares that was formerly intended for military and police personnel.

The project became a reality when the Armed Forces of the Philippines (AFP) and Philippine National Police (PNP) beneficiaries waived their rights in favor of the former rebels last year.

According to the National Housing Authority (NHA), each of the housing unit costs PHP450,000. Former rebels with existing houses, meanwhile, may also avail of assistance worth PHP100,000 under the E-CLIP.

To date, 60 housing units have been completed and ready for occupancy for the former rebels from Davao Oriental, Compostela Valley Province, and Davao del Norte.

“As we come together and conduct the first demilitarization of surrendered firearms as part of the E-CLIP, let us take this occasion as a significant step towards ending unlawful violence and strengthening our commitment in implementing progressive reforms,” Duterte said. (PNA) 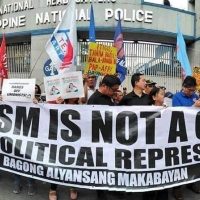