IRA funds must come from all national taxes

The Supreme Court (SC) ruled that the Internal Revenue Allotment (IRA) given to local government units must be sourced from all national taxes and not only from national internal revenue taxes collected by the Bureau of Internal Revenue (BIR) as defined in the 1987 Constitution.

In a media briefer released Wednesday, the High Court voted 10-3 during its weekly full-court session on Tuesday to partially grant the petition filed by then Batangas representative and now Governor Hermilando Mandanas questioning the process of allocating IRA fund for LGUs.

“The court… interpreted the basis for the ‘just share’ of local government units under Section 6, Article X of the 1987 Constitution as being based on all national taxes and not only national internal revenue taxes, as provided in Section 284 of the Local Government Code,” the SC said in a brief statement.

Section 284 of Republic Act No. 7160, the law which created the LGUs, states that provincial, city and municipal governments must receive 40 percent of the total national internal revenue taxes collected by the central government.

On the other hand, Article X, Section 6 of the 1987 Constitution states that LGUs “shall have a just share, as determined by law, in the national taxes which shall be automatically released to them.”

The national taxes include customs tariffs and taxes collected by other state agencies such as the Bureau of Immigration.

Mandanas had sought the tribunal’s intervention in January 2012 in a bid to stop the Aquino administration from enforcing the annual national budget, claiming that the national government unlawfully used nearly PHP61 billion from the IRA to bankroll various public infrastructure projects then.

In his 23-page petition, Mandanas claimed that from 1992 to 2012, unreleased IRA due provinces, cities, municipalities, and barangays had reached PHP500 billion.

“Compliance by the National Government with the Constitution and existing laws will enable the LGUs to efficiently and expediently serve the Filipino people, and hasten the delivery of much needed and long delayed basic services,” Mandanas’ petition stated.

Mandanas argued that allowing LGUs to directly access the IRA funds would help them “efficiently and expediently serve the Filipino people, and hasten the delivery of much needed and long delayed basic services.”

He also filed the petition along with eight local officials. The lead counsel in the case is former Senate president Aquilino Pimentel Jr., author of the Local Government Code.

The said section states: “Sec. 284. Allotment of Internal Revenue Taxes. Local government units shall have a share in the national internal revenue taxes based on the collection of the third fiscal year preceding the current fiscal year, as follows:

a) On the first year of the effectivity of this Code, 30 percent;
b) On the second year, 35 percent;
c) On the third year and thereafter, 40 percent.”

“It is clear that the legally mandated revenue base to compute the IRA should include the entire national internal revenue taxes collected annually,” Mandanas said. (PNA) 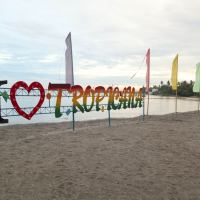 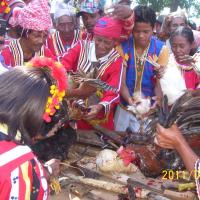 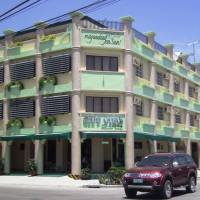