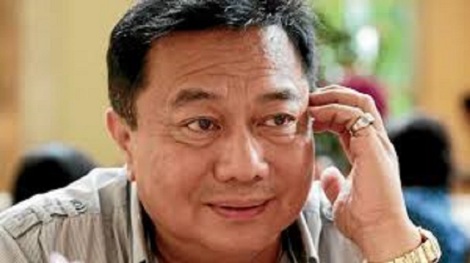 Tadeco, the country’s biggest producer and exporter of Cavendish banana based in Davao del Norte, revealed the financial windfall for Bucor during a congressional hearing  on the Tadeco-BuCor land deal.

At the instance of House of RepresentativesSpeaker Pantaleon Alvarez, lawmakers are investigating alleged anomalies in the JVA that Alvarez said is illegal and disadvantageous to the government.

At the Department of Justice, Secretary Vitaliano Aguirrehas spurned a request of Alvarez to cancel the JVA, saying that only President Rodrigo Duterte can declare the contract void.

On Monday, May 29, the Committee on Good Government and Public Accountability and the Committee on Justice conducted their second joint probe into  the Tadeco-Bucor deal covering more than 5,000 hectares of the Davao Penal Colony (Dapecol)  in Davao del Norte.

Tadeco president and CEO Alex Valoria informed the congressional committees that  under the JVA BuCor was guaranteed a production share, which is a fixed amount, as well as a portion of the profits from the bananas exported by the company.

Both of these guaranteed earnings are reviewed and increased by 10 percent every five years, Valoria said.

Valoria said that on top of these financial benefits, Tadeco also pays BuCor for the farm training program and the stipend support of the inmates inside Dapecol (now the Davao Prison and Penal Farm), as part of the rehabilitation aspect of the JVA.

“We have likewise made our position also clear. We are on solid constitutional grounds.  Through the years, the JVA was proven to be undoubtedly advantageous to the government and BuCor,” Valoria told lawmakers in response to the comments made byAlvarez against the agreement.

Alvarez, who initiated the inquiry into the deal after figuring in a personal quarrel with Rep. Antonio Floirendo Jr., whose family owns Tadeco,  attempted at the hearing to dispute Tadeco’s firm stand on the JVA and its inarguable benefits to the government.

At one point during the hearing, Alvarez threatened filing of plunder charges against officials of the company, without any provocation from any of the resource persons or lawmakers present.

The Speaker reminded the Tadeco officials  about Republic Act 7080 or the law penalizing the crime of plunder.

At the hearing, Valoria detailed the bonanza that went to BuCor under the JVA.

For the farm training program for inmates, Tadeco spent P5.5 million, and another P92.35 million for stipend support.

BuCor’s gain from the JVA does not include the taxes and fees paid to the government by Tadeco, which amounted to P438 million in 2016 alone, according to Valoria.

When Alvarez asked how much of BuCor’s earnings from the JVA represented Tadeco’s gross income of about P1 billion in 2016, Valoria said “14.2 percent.”

Alvarez then asked Valoria if “hypothetically” an entity would agree to such a profit-sharing scheme of getting “only 14.2 percent.”

Valoria  responded: “Hypothetically, Mr. Speaker,  I would jump at it because  I won’t have any risks.  There is no single  centavo involved.”

The Tadeco president explained that the P1 billion hypothetical estimate referred to the gross income of the company’s export business, and does not yet include the operational expenses and other costs incurred by the firm.

If the basis for BuCor’s percentage of the earnings were pegged on the net income, then BuCor’s share of P142.7 million would actually account for 45 percent of the P316 million net income attributable to the BuCor land covered by the JVA, according to Valoria.

Under the JVA, BuCor provides the land and manpower, while Tadeco invests on the capital in developing a portion of the Dapecol as a banana plantation primarily to help rehabilitate inmates inside the penal colony. Tadeco will assume all the business risks under the agreement.

Prior to today’s hearing, several local executives of  Davao del Norte at the barangay and municipal levels have expressed their support to the Tadeco-BuCor JVA.

The local government officials of the province where Tadeco is based cited the benefits that the economy and the people of Mindanao receive from the JVA. 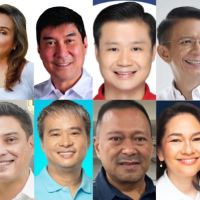