BUTUAN CITY  — The Department of Social Welfare and Development (DSWD) and the Office of the Presidential Adviser on the Peace Process (OPAPP) will conduct a five-day basic orientation and workshop on August 22-26, for the local government units of La Paz, Esperanza and Veruela in Agusan del Sur; and Tagbina and San Miguel in Surigao del Sur, which were selected by OPAPP and identified as conflict affected areas (CAAs), in preparation for the second cycle implementation of PAMANA (Payapa at Masaganang Pamayanan).
The Caraga Region is home to an active communist insurgency and is the indanao base of the National Democratic Front (NDF), the umbrella group of leftist organizations in the Philippines. Several fronts of the New Peoples Army (NPA) the armed wing of the NDF, operate in the region.
PAMANA employs the community-driven development strategy of Kapit-Bisig Laban sa Kahirapan – Comprehensive and Integrated Delivery of Social Services (Kalahi-CIDSS) in implementing sub-projects that will be identified by the communities. (DSWD-13/PIA-Caraga)

BUTUAN CITY — Surigao del Norte Governor Sol Matugas, chair of the Caraga Regional Development Council, pushed her environmental advocacy with her discussion of the Agusan River Basin Master Plan, during the Collaboration Workshop on the Agusan River Basin held here at Almont Inland Resort on August 23.
The workshop, attended by 300 participants, was initiated by Senator Loren Legarda, Chairperson, Senate Committee on Climate Change, in partnership with the Spanish Cooperation Fund and the Department of the Interior and Local Government, in line with her proposed Philippine River Basin System Administration Act of 2012.
Matugas emphasized the importance of enhancing the capacity of local government units as forefront of the government’s initiative to adapt, mitigate and prepare for climate change and disasters. (PIA 13-Surigao del Norte)

BUTUAN CITY — Member-agencies of the Environmental Education Committee led by the Department of Environment and Natural Resources (DENR)-Caraga have planned activities for the coming months in support of Republic Act No. 9512 or the Environmental Awareness and Education Act of 2008.
The committee chaired by the regional executive director of DENR and co-chaired by the regional director of the Environmental Management Bureau (EMB) will be spearheading the Regional Ecological Solid Waste Management Summit on September 12, EMB-Caraga officer-in-charge Ester Olavides said. Other activities are the signing of memorandum of agreement between the Materials Recovery Facility with the junk shops and commercial establishments, and the September Coastal Clean-up Month and the observance of the International Coastal Clean-up Day on September 22. (PIA-Caraga) 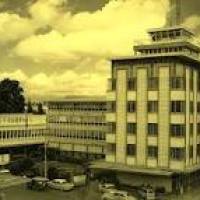