the way for the final distribution of 236 hectares of CARP land to 296 beneficiaries in Madaum, Tagum City, Davao del Norte.
The order of RTC Judge Omelio dealt a final death blow to legal moves by Lapanday Foods Corporation to prevent the distribution of the land to the beneficiaries of the Comprehensive Land Reform Program (CARP).
The Omelio order is the second victory for the Madaum CARP beneficiaries
In an Order issued in June 21, 2010 by Regional Director Datu Yusoph Mama, the Department of Agrarian Reform (DAR)  regional office in the Davao Region ordered the Provincial Agrarian Reform Officer of Davao del Norte or the designated DAR Sheriff of Davao del Norte to “immediately

re-install and place, without delay, in physical possession and actual cultivation the 296 petitioners, Jerome Amulata, et al., over their petition their partition share of 236.8020, and thereafter, to ensure that they be maintained in peaceful possession and cultivation thereof, and also to cause the conduct of segregation/subdivision survey on said lands; and they may call upon the assistance of the police and/or military personnel in the implementation and enforcement of this Order.” 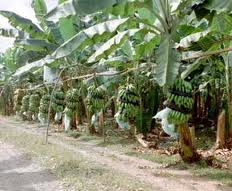 Lapanday Foods opposed the DAR order and filed a case in the regular court questioning jurisdiction of DAR over the case in a bid to stop the implementation and enforcement of the DAR order.

IMMEDIATE INSTALLATION AND PHYSICAL POSSESSION AND CULTIVATION BY ARBs

“Hereby ordered is the Provincial Agrarian Reform Officer of Davao del Norte or the designated DAR Sheriff of Davao del Norte to “immediately re-install and place, without delay, in physical possession and actual cultivation the 296 petitioners, Jerome Amulata, et al., over their petition their partition share of 236.8020, and thereafter, to ensure that they be maintained in peaceful possession and cultivation thereof, and also to cause the conduct of segregation/subdivision survey on said lands; and they may call upon the assistance of the police and/or military personnel in the implementation and enforcement of this Order.”

In a decision issued on April 26, 2011 by RTC Judge Omelio, Lapanday gained a victory. In the decision  Judge Omelio ruled that ” the DAR regional director, inclduing the PARO and even the DAR Secretary, have no jurisdiction over the petition for partition of CLOA No. 00398239 registered as TCT No. C-10507. ”
“The assailed 21 June 2010 Order and the 25 August 2010 Resolution in DAR Case No. A-1100-0305-09 is hereby declared as NULL and VOID. The Writ of preliminary injunction issued in this case is hereby likewise made permanent.”
Lapanday’s victory however was brief.
Jerome Amulata, et al., questioned the decision, and ended up with Judge Omelio reversing his decision, in his Order issued on September 11, 2011.
In the latest Order, Judge Omelio set aside his decision of April 26, 2011, and ordered the lifting of the permanent writ of injunction.
In reversing his earlier decision, Judge Robillo ruled that ” the implementation and enforcement of Comprehensive Land Reform laws is vested with the Department of Agrarian Reform headed by its Secretary and under its line agencies….which are entrusted with the regulation of activities, particularly agrarian disputes and ancillary problems coming under its special and technical skills, knowledge and training of which other government deparments are without expertise.”
The batle has been won, and what is left is the implementation of the decision of DAR dated June 21,  2010.
The story of Jerome Amulata, et. al. and their battle to recover their land is a story detailed in the decision of DAR XI regional director Dartu Yusoph Mama:
The lands subject matter of the petition consist of 570.2060 hectares, more or less, of commercial lands primarily devoted to 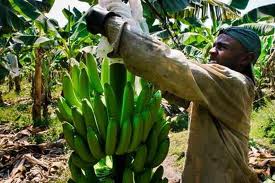 production of export quality bananas, and located at Madaum, Tagum City, Davao Del Norte. These commercial lands, including the standing crops (bananas) and improvement found thereon, were covered and acquired by the Department of Agrarian Reform (DAR) under the Comprehensive Agrarian Reform Program (CARP) of the government pursuant to Republic Act No. 6657 ,and eventually redistributed to 724 Agrarian Reform Benefeciaries (ARBs), as evidenced by Certificate of Land Ownership Award (CLOA) No.00398239, issued under Transfer Certificate of Title No. C-10527 and registered on 18 December 1996. The valuation of these lands and standing crops (bananas) and improvement found thereon was finally determined by the Honorable Supreme Court in the case of ‘Apokon Fruits Corporation (AFP) and Hijo Plantation Inc. (HPI) versus Landbank of the Philippines (LBP)’ under G.R. No. 164195, February 6, 2007.
In December 1996, these 724 ARBs formed their agrarian reform benefeciary cooperative, Hijo Agrarian Reform Benefeciaries Cooperative (HARBCO). After a two-year transition period, on or 28 December 1998, they formally entered into a Banana Sales and Marketing Agreement (BSMA), an agri-business venture agreement of contact growing, with the former operator owner of the subject lands, Hijo Plantation Inc. (HPI), whereby the cooperative (HARBCO) with its members-ARBs as laborers-farmworkers sell the export quality bananas produce thereon to their buyer, HPI, at an agreed price per box for a period of ten years, or up to Dcember 31, 2008.
Disgruntled with the execution of the BSMA, a sizeable number of these 724 ARBs spearheaded by herein petitioners, Jerome Amulata, et. al., being identified as the NO GROUP, sought to physically partition these 579 hectares of co-owned lands by taking physical possession and actual cultivation of portions of these lands in January 1999 over the vehement objection and prostation of HARBCO management, being the YES GROUP, and the buyer, HPI. Protracted and violent clashes ensued resulting to the deaths of two persons and to the physical harm, injuries and wounded of several ARBs and security guards. Judicial, quasijudicial and administrative actions were also pursued by the stakeholders on these lands. In May of 1999, herein Jerome Amulata, et. al. were ejected from their possessed areas and were never allowed to work in any portion of these lands, until in 2004, when they were able to regain their standing in their Cooperative,  and were allowed to work on the subject lands as farmworkers.

THE ECONOMICAL FEASIBILITY AND VIABILITY OF PARTITIONING THE LAND TO THE CARP BENEFICIARIES IS AMONG ISSUES RAISED BY LAPANDAY. THE DEPARTMENT OF AGRARIAN REFORM (DAR), DEPARTMENT OF AGRICULTURE AND  LAND BANK OF THE PHILIPPINES SUPPORTED JEROME AMULATA, ET. AL.

“The desired partition is economically feasible and viable. The Department of Agriculture, through the Provincial Agriculturist of Davao del Norte, and the Land Bank of the Philippines, through its Regional Officer II of Davao del Norte, have favorably recommended for the partition of these 579-hectare collectively owned lands. The lands after partition shall remain to be principally devoted to production of export quality bananas. Greater productivity is attainable and achievable over the lands after partition since the lands, even if parcellarized or subdivided into individual lots after partition, the lands are susceptible of individual farming system. the partitioning petitioners as well as the other HARBCO members-ARBs have the ability, capability and willingness to cultivate and make lands productive sice they have been working and cultivating on these lands since 1970s, and continously thereafter when these lands were covered, acquired and awarded under the Comperhensive Agrarian Reform Program (CARP) pursuant to Republic AcT No. 6657 in 1998 by the Department of Agrarian Reform in their favor. No legal impediment nor proof of facts was ever aduced in the records of the instant case which would negate partition of these collectively CARP-awarded and owned lands. Thus, the mandatory requirement of determination of economic feasibility and soundness of partition of this commercial farm under Section 17 of DAR Administrative Order No. 09, Series of 1998, as amended, has been complied with. Finally, partition is lawfully ecognized under Executive No. 229 which states- ‘ Section 14. Collective or Individual Ownership. For lands with multiple benefeciaries, collectively or individually, at the option of the benefeciaries, provided, that in collective ownership, each benefeciary shall have an undivided share of the land held in common equivalent to not more than the applicable retention limit. The benefeciaries may collectively decide on the continued operation of the parcel/estate as a whole or to subdivided the same into individual lots and determine the manner in which such subdivision is to be implemented. “ 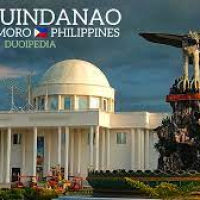