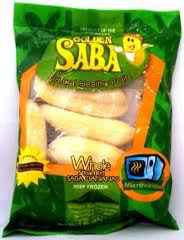 A Davao City businessman who transformed the Philippine banana variety CARDAVA or SABA into a dollar earning export industry, has been awarded as this year’s Emerging Entrepreneur in the Ernst & Young Entrepreneur of the Year Philippines 2011.
Ferdinand Maranon, president and chief executive officer of Sagrex Corp., a company that exports microwavable frozen saba banana, was given the award on October 12 in Makati City.

Ernst & Young  is the world’s most prestigious business

award for entrepreneurs, and is giving awards in 50 countries to entrepreneurs who made economic impacts on their economy.
Sagrex carries the brand name Golden Saba for its frozen banana products which are exported to the Middle East, United States of America, Taiwan, Korea, and Australia.
Sagrex also produces and exports microwable Filipino favorites banana-fries and turon, saba sausages and saba burger patties.
Sagrex Foods, Inc. is also engaged in the distribution of fertilizers, micronutrients and other agricultural inputs, and polyethylene foam production.

FROM FRIED BANANA TO GOLDEN SABA

Saba is normally either added to other favorites, such as pochero and nilaga, or sweetened and fried, boiled on its own to create such household staples as banana cue (fried and sugared banana), turon (fried saba in phyllo wrap) and nilagang saging (boiled, sweetened banana, usually prepared with crushed ice and milk).

No surprise then that Filipinos, especially the millions abroad yearning for a taste of home, would pay good money to get their hands on cardava.
It is this glaring and potentially profitable unmet demand for the comfort food that encouraged Ferdinand Maranon to invest time, effort and resources to produce and export frozen cardava.
FERDINAND MARANON’s Sagrex Foods Inc. traces its beginnings to a kitchen trial five years ago.
The business concept is basically simple – what the consumer wants is what’s under the skin of a banana fruit. So we thought, why do we have to pay for everything – from the farm all the way to the market to include the peel, when the peel is not what the consumer is after?” he says.
With this in mind, Ferdinand searched for a way to produce and processe the banana while retaining its freshness. His search eventually led to his quick freeze system.
Ferdinand explains that there are 12 million Filipinos abroad and the only way to bring them the cardava they want is to freeze it.
After lots of research, the company came up with its proprietary quick freeze system.
Under this system, the cardava is quick frozen at 40 degrees fahrenheit to retain its freshness and extend its shelf life up to one year.
“You just take it out from your freezer, put it in a microwave, set the minutes, and you already have a fresh boiled banana. Or, you can thaw it and then use it for bulalo or other recipes,” he says.
The company then moved on to develop the frozen fries, inspired by the thought that the French fries business is a billion-dollar industry.
a”If we develop banana fries, we can introduce this to the market as a healthier alternative to frozen French fries. Healthier because French fries mainly contain starch, while banana fries contain a lot of potassium,” he explains.
aTuron came next because the company realized that turon was one of the most sought after banana-based products here and abroad.
“After the kitchen trial, we invested in a small blast freezer. It cost us around P7 or P8 million to produce the first pilot operation,- he says.
aThe first trials to produce banana fries and turon started in 2006. Test marketing followed the following year and by 2008, Ferdinand opened up Jentec (Jentec Storage Compound) because orders were coming and more test markets were required.
aSuch investment has since paid off as his banana fries and turon are now being exported to South Korea and the United States, with more countries soon to be added to the list.
He realized, however, that the sustainability of his enterprise depends on the supply of cardava.
Convinced that it is the perfect variety for his needs, Ferdinand has entered into contract growing arrangements with farmers to propagate the variety and ensure his company’s continued success.
“Our vision is to be recognized as a world-class Filipino food processing company. We should make our cardava banana a readily available, accessible and affordable product to the millions of Filipinos around the globe,” he says. 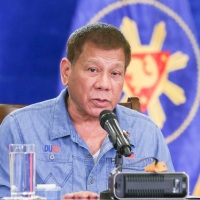