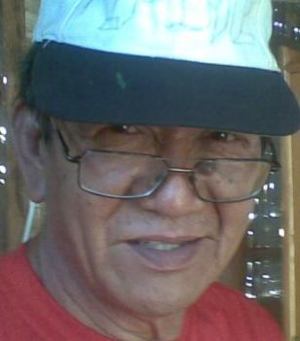 The recent rat attack on farmlands in Paquibato and the assault on coconut trees by worms in Marilog sent us back to the time when aerial spraying in banana plantations was a hotly-contested issue in the city.

actions and suggestions, some sane, some coming out of wards in that old building along J. P. Laurel Avenue that we said should be a proper headquarter for lawyer Elly Pamatong’s Republic of Mindanesia.

Among the sane response was Mayor Inday Sara’s Work for Food program, where farmers work, work we repeat, by running after 300

rodents, catching them and cutting their tails, and exchanging them for a sack of rice. Vice Mayor Rody suggested mass murder of the four-legged tormentors: buy rat poison. City agri OIC Leo Avila, on leave as Ninja Turtle from his concern for marine turtles in Davao Gulf and also on leave as the Batman caring for giant bats in the caves of Marilog, wants People Power: bayahihan-style all the denizens of Paquibato together would crawl on their knees side by side and catch those goddamned rodents.

The insane has this suggestion: gather all cats in the city and bring them up to Paquibato to feed on the rats.

The wormy army chomping on coconut tree leaves was not much of an issue and died as quick as Avila made another suggestion: get a basin, flashlights or candles; at night, fill up the basin with water, light up the candles or switch on the flashlight; and place them under the coconut trees. The worms would think there is a disco dance down below, would dive from the coconut tree to land on the basin of water—-there to drown and die a watery death!

But back to aerial spraying.

Coconut farmers against aerial spraying have this beef: fungicides used in aerial

spraying led to proliferation of the rhinoceros beetle (bakukang in bisdak) that ravished their coconut trees. Backing up the farmers’ claim was the NGO Interface Development Initiative (IDIS)—the Pilipino Banana Growers and Exporters Association (PBGEA) calls the group IPIS, bisdak for cockroach—which led the campaign against aerial spraying.

In one of the committee hearings by then city council environment committee chair councilor Arnolfo Ricardo Cabling which tackled the bakukang attack, the predecessor of Ninja Turtle/Batman Avila, then city agri chief Rocelio Tabay—a mean joker outside or inside of a drinking session—admitted an alarming growth in the number of rhinoceros beetles in the coconut farms but demolished the farmers’ claim that fungicides impregnated the insects to cause the overpopulation.

Tabay said the farmers are themselves to blame: farmers leave dead coconut tree trunks and leaves to rut just anywhere allowing the beetles to breed on them. But Tabay is not finger-pointing and has discovered a concoction that could end the farmers’ bakukang woes.

His magic, cheap but deadly home-made brew, according to Tabay, could even spare the farmers the agony of buying expensive imported insecticides.

And what is this Tabay brand of anti-rhinoceros beetle cocktail? A mix of your favorite Tanduay rum, spiced up by a San Miguel Beer Grande or Red Horse, a packet of ordinary detergent and a bagful of hot pepper (sili in bisdak) that grows abundantly in the farms.

He and his team had conducted tests on the mixture and found an outstanding success at wiping out almost all the beetles in one of the ravished coconut farms, according to Tabay, to assure the farmers that he is the agri chief and not some nuts straight out of that old building along J. P. Laurel Avenue we said earlier should be a nice place for a headquarter for lawyer Elly Pamatong’s Republic of Mindanesia.

But, wait, there is a problem, Tabay told the Cabling committee and the farmers attending. The brew is applied using sprayers with extended nozzles attached to long bamboo poles raised up to the level of the coconuts.

As the deadly Tanduay-Beer Grande-Red Horse-detergent-hot pepper brew is sprayed on the coconuts, drops of it by the principle of gravity fall down on his spraying team, who ends up with itchy eyes. Sobrang halanga kuno. Sili god na. He abandoned the idea. My people will go blind! Basig mangabuta! But the method was effective—the bakukangs crawled out of the crevices of the coconut trees—-to die a drunken death!

But all is not lost yet.

Tabay said he would risk ending up a laughing stock or called a nut by city councilors whom he would ask for funding for purchase of gas masks for his team to continue spraying the Tabay cocktail without endangering their eyes with drops of the deadly Tanduay-Beer Grande-Red Horse-detergent-hot pepper brew.

Ninja Turtle/Batman Avila, the city agri OIC, will have no problem when the bakukangs return to ravish coconut trees: Tabay is ready with his deadly brew if city councilors can provide him the gas masks for his team. 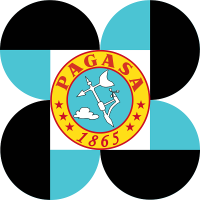 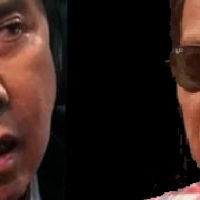 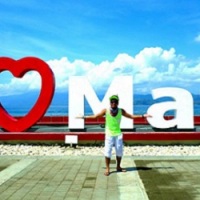