WHO IS ED MALAY?

Ed Malay, in all his 64 years (it was his birthday yesterday, April 22, 1946) has failed to accept the reality that a good education is critical to achieving any professional career. He finished High School at the MA ROXAS HIGH SCHOOL in 1964 and puts in his bio-data Adamson University 1964. It goes to show that he is a mere college drop-out trying to eke out a living pretending to be a professional journalist without any skill other than licking some powerful asses.

He faked my Facebook Account 3 times and left his trail in the URL address of the fake Facebook Accounts using my name and profile pictures, obviously not familiar how the internet protocol works especially with .php formatted webpages where CSS Style Sheets and Master Pages are commonly used and inserted with .php codes which leaves behind the Master Page URLs.

He was even quoted as telling a potential client ” my webpage was hacked by a trojan virus ” In his world of pretentions, trojan viruses now can hack websites like his virus-ridden website http://www.philpolitics.com. I have warned you this is a virus infested website, browse at your own risk.

A MUST READ: The joke that is Ed Malay

The pathetic Ed Malay even faked an autograph of Former President Fidel V. Ramos in one of his pictures in his Facebook Account where he forged a note on the picture purportedly written by FVR on the bond paper where he placed the picture and wrote in very small space, avoiding writing on the main picture, contrary to usual autographed pictures where the celebrities write all over the picture to make the authograph autehntic for the fan.

He even has an photo album in Facebook Titled ‘Spiritual Sojourn in HK’, a pathetic attempt to look holy but why not in Lourdes France, or Medjugorje, or the Holy Land? Why of all places seek spirituality in HongKong, a shopping haven?

Obviously, the guy is such a pathetic creature in his last hurrah. Umayos Ka Ed Malay ! 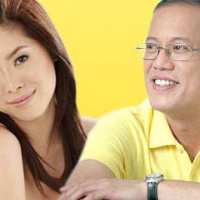